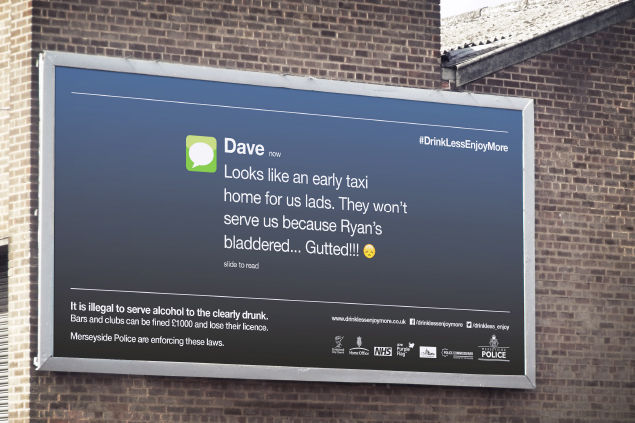 Liverpool City Council developed this campaign with Merseyside Police and We Are Brave after research had shown that over half of A&E admissions by 18-30 year olds were alcohol-related, and 97% of arrests after 11pm on weekends were violence related.

Rather than tell people not to drink or shocking them, the strategy was to raise awareness that it is illegal to serve/buy alcohol for someone who’s drunk. We Are Brave used Liverpool City Council’s insight research to develop a creative campaign that focused on text conversations between friends depicting nights ruined by someone getting drunk.

The creative targeted different points of the journey to a night out, including radio and digital adverts on the route into the city. Ads were located near off-licenses and communications were placed on transport networks and in bars. 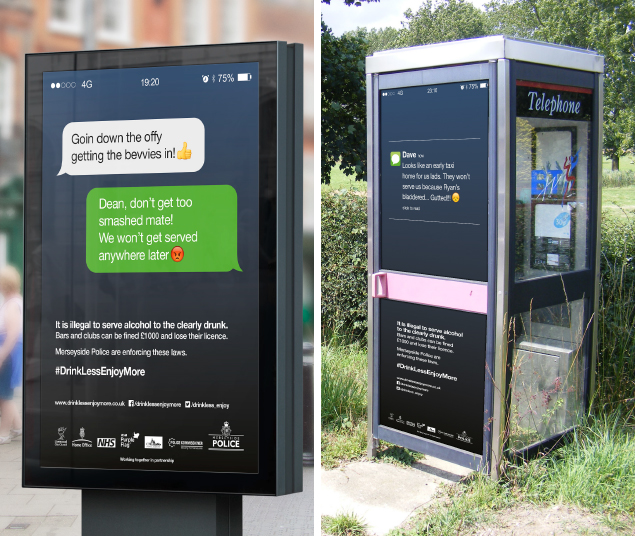 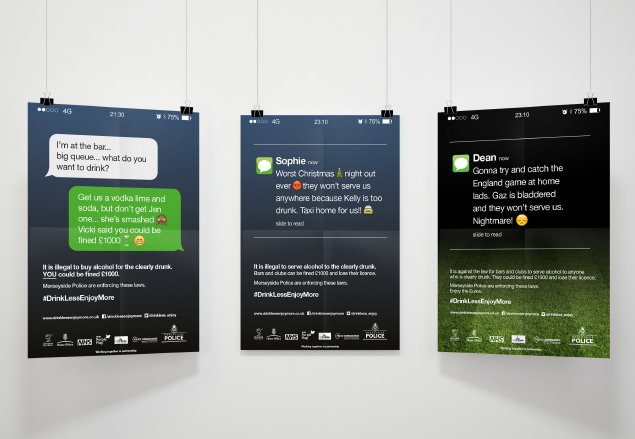 Hundreds of bar staff were trained to refuse drunks and extra police patrols enforced the laws. The media and social media were used to amplify stories of bars flouting the law, risking their licenses.

The campaign has been a great success, achieving some very impressive results:

• The number of bars serving drunks now reduced from 86% to 26%
• 25% fewer people now drink alcohol before going out
• The Home Office cite the campaign as best practice
• Local authorities across the region are interested in adopting the campaign.

To see more on the campaign visit www.wearebrave.co/drink-less-enjoy-more/